You are here:
Home Future Get Funding in Less Than 8 Weeks without banks

Get Funding in Less Than 8 Weeks without banks

You have probably heard lots about bank loans, VC funding and so on when looking for financing your business. It’s likely that you have had experience with at least one of these so you’ll know how difficult it can be to secure the right funding. Without a proven track record, a good banking rate, or a lot of time to meet dozens or even hundreds of picky VC investors, you might find obtaining funds tricky but not to worry, there is another solution. It is much cheaper than listing on the stock exchange, much more efficient than VCs or banks and most importantly, it’s 100% legal. Ladies and gentlemen, please welcome Security Token Offering (STO).

If you are CEO or someone responsible for finance in your business/ startup, you probably have to deal with the tricky issue of raising funds for new investments, projects or for a brand new business entirely. If you don’t have a good credit score then you won’t get a (good) loan from the bank, and looking for funding among angel investors (or Venture Capitalists) is time-consuming and requires a lot of effort.

I know what you are thinking – “listing on a traditional stock exchange can solve my problems”. Well, if your wallet is already bursting with cash then this might be a good option for you. According to PwC, the average small IPO in the US varies between $2.6 to $13.4 million. It’s important to note, this doesn’t include the annual report or the compliance (which are both compulsory for every public company). If you are reading this article right now then there is a big chance that you don’t have that amount of cash lying around, yet you are still looking for efficient funding (both in terms of time and money).

STO stands for Security Token Offering (which is backed by blockchain technology). Before we go further into it, let’s offer a couple of words regarding blockchain. Blockchain is very often described as a secure, decentralized database. What does this mean? Well, one good example of a decentralized database is Ethereum. There is no one single entity that controls its data, thus, there is no need for any 3rd party to be involved. This makes data processing efficient and several dozen times cheaper in comparison to the classical and centralized solutions. It also enhances security and trust dramatically as blockchains, such as Bitcoin or Ethereum, are widely regarded as the most secure solutions to date.

Security tokens are constructed in such a way that they are legally similar to securities but actually, they are a fully digitized asset saved on the blockchain. Their main function is to provide investors with greater security. The so-called STO (Security Token Offering) is different from the ICO itself. Contrary to the ICO, security tokens are based on specific assets such as stocks, bonds and real estate. They are 100% legal in most countries such as the USA, EU, Japan or Canada.

Each holder of such a token is entitled to be paid a profit (proportional to the amount of owned tokens) when the company, the issuer of the token, has made a profit. This works much in the same way as stocks do on the classical market.

Once the token is created (minted in the nomenclature of the digital world) it can be listed and traded by investors on one of the fully regulated security token platforms. Alternatively, it can be sent directly to the digital wallets of the actual investors or you can create your own so-called pool to enable investors to instantly trade your shares on the blockchain. 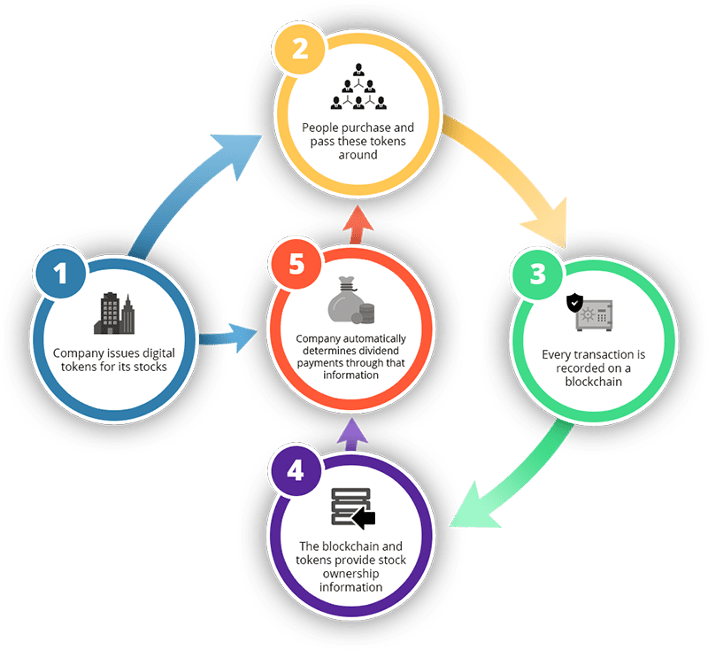 The Road to the Future

According to researchers at one of the biggest security tokens’ marketplaces, Area2Invest, the global security token market could reach $3 trillion by 2025, growing on average at 56.9% annually.

The former Chair of SEC (Security Exchange Commission in the USA) has recently claimed that as of 20 years ago, all trades were analogue with no use of electronic devices whatsoever. ”It is not the case anymore. Whenever you buy a stock or if you call your broker and say, ‘I want this’, it gets routed through an algorithm executed electronically. That was not the case 20 years ago. It may very well be the case that just as you had stock certificates and you now have entries; digital entries for representing stock. It may be very well the case that [stocks] all become tokenized.”

Listing – Draw the Attention of Potential Investors Faster Than Ever

There are a number of fully regulated security token marketplaces such as Polymath, Securitize, Swarm and Harbour. They are all fully legal and safe. They combine the blockchain and crypto world with security. When listing their security tokens, such business owners are able to draw the attention of a wide range of investors much faster than on the classical stock exchange. Often, investors can start investing their money in amounts as small as just $100. This means that the market is open to all investors so a large number of backers are able to participate, thus, it enables business owners to attain the capital faster and more effectively.

Liquidity of Your Business Shares From Day 1 (With Asset Tokenization)

What about ventures which are not equated with stocks and the stock exchange on a regular basis? For example, real-estate projects or private markets (which are both classed as debt and equity) which are not suitable for monetization in the traditional capital market. However, with tokenization they can be split up and traded among almost all types of investors making it highly liquid asset and drastically decrease the cost of entry to the market for individual investors.

One of the most successful STOs is Nexo which is an online platform that enables users to obtain instant loans online. Through token sales alone they had great success and were able to raise over $52 million.

If you don’t think your business needs that amount of cash then go ahead and take a look at accounts of lower amounts of funding such as the following STOs:

In our opinion, this is a real game-changer but nevertheless, stay vigilant. Although multiple countries all around the world are STO-friendly, there is a risk that there are some jurisdictions where they could be banned (e.g. South Korea and China) or not regulated yet (e.g. the United Arab Emirates). In each country, there is a threshold set which determines the maximum amount of money that can be gathered through STO. Some examples are:

We know exercising an STO requires significant technical knowledge. There are multiple of actions to be taken such as:

Conducting all those actions safely and in a proper manner requires specific knowledge and experience. That field of expertise is still limited in the number of developers who can properly execute a safe STO. Without such experts, you risk the loss of your investors’ (and your own) money and most likely, your reputation as a solid business partner.

Although it might look a bit obscure at the beginning, STO is an effective, legal, and cutting-edge method to get funding for your business.

There are multiple examples of companies that used STO with great success. It enables you to obtain the attention of an entirely new class of investors who were previously excluded from these types of investments.

Don’t be afraid to ask and begin your unSTOppable journey for wealth but remember to ask for help from experts in the field.


Click the image below to schedule a call with our STO team and talk about leveraging your business with tokenization. 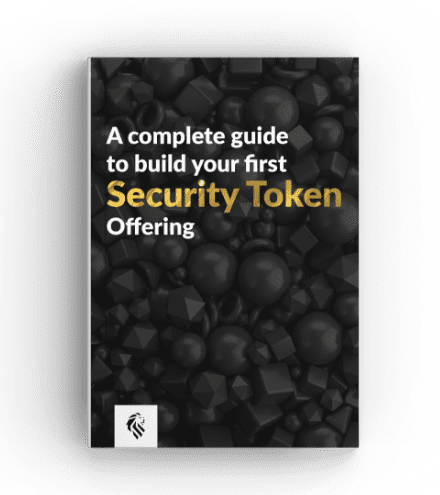 Your Company WILL Get Hacked in 2022. This Is Why.

Damian Winkowski / 10 marca 2021
Share this ArticleLike this article? Email it to a friend!
Email sent!